In our upcoming update we will making several changes to tournament bracketing. The details of these changes can be found below. Warning: This is a long read, so grab a drink and prepare yourself for plenty of information and graphs. 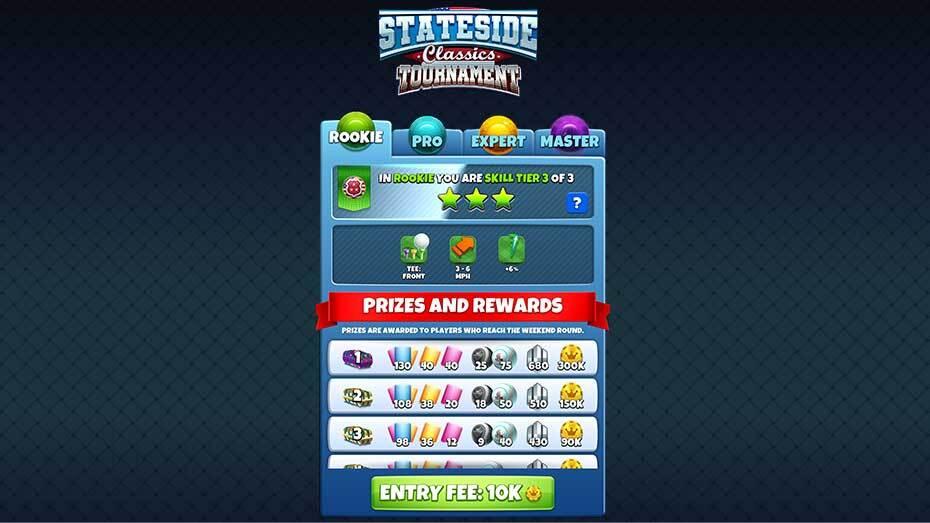 When you enter a tournament, you will always be grouped with players who have the same Skill Tier as you.

How do we determine your Skill Tier?

These points do degrade over time, meaning the more recent the tournament the more these points are worth. This is a way to ensure that the current skill levels of players are being accounted for. After all, we all have dips in form from time to time!

Here are the key facts about how points degrade:

(Please note that all graphs are simply a representation of data and are subject to change).Example: You have played 21 tournaments, over a period where 30 tournaments had been possible to enter. Your first 20 tournament results will use the degrade curve 1-20 regardless of how long ago they were played (see above graph). As your 21st most recently played tournament was actually played 30 tournaments ago, the age of the tournament is accounted for and the degrade modifier for Tournament 30 will be applied to its experience points (36%). When a tournament is over 60 tournaments old it will cease to be worth any points (unless it is in your most recent 20 played). Totalling up the points: Each tournament’s points are added together after all the modifiers have been applied. It is this figure that will determine your tournament Skill Score. This Skill Score is not visible but behind the scenes it is used to determine your Skill Tier. In cases where golfers haven’t played enough tournaments to build up an appropriate score, we use the max trophies achieved to help put them into an appropriate Skill Tier. (Please note that all graphs are simply a representation of data and are subject to change).Well done if you’ve made it this far and thanks for sticking with us! We know that this is a lot of information to take on board, but we think it’s extremely important to make this information available to all golfers.

This is the first evolution of our world leaderboard where we use player’s skill scores to determine the top 1000 tournament players in the world! Golfers at the very top will be able to see their rank on their player profile.

Why have we made these changes?

Ultimately these changes have been made to make tournament bracketing fairer. We have however also found that many very experienced golfers play below their skill level in order to face easier opposition and give themselves a competitive advantage over less experienced players. We get it, it is in our nature to find the most efficient way to “win”. We found that this creates a very negative experience for new golfers when they come into the game and see extremely experienced, multiple gold medal winners in their league scoring incredibly low scores. Often these new golfers never try tournaments again. We’re working to achieve a system that accomplishes two goals: 1. Ensures that tournament brackets are fair for golfers of all skill levels. 2. Encourages experienced golfers to move up the tournament difficulties to improve their game and achieve better rewards. Although we considered it, we decided against blocking experienced players from entering Rookie tournaments, as we know that this choice is important to golfers. Instead this new system will help to ensure that golfers are always competing against golfers of a similar skill level.

We admit that this is the first attempt at reworking the bracketing system and we know it isn’t perfect. We already have loads of improvements for “Phase 2” of tournament reworks. Some of the things we are already reviewing include:

Throughout this development process, we’ll be continually monitoring and listening to your feedback. So please do let us know what’s working, what’s not working and what other changes you’d like to see.