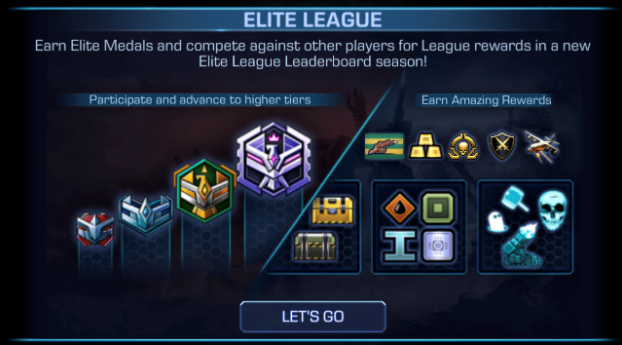 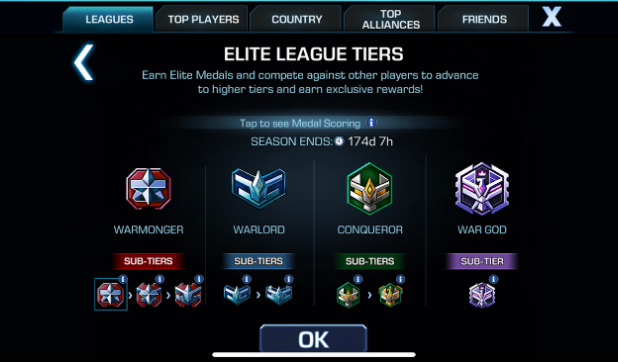 Each Tier has different Promotion, demotion and Stay ranks; so see each tier’s leaderboard rank section to know where you will end up next week. 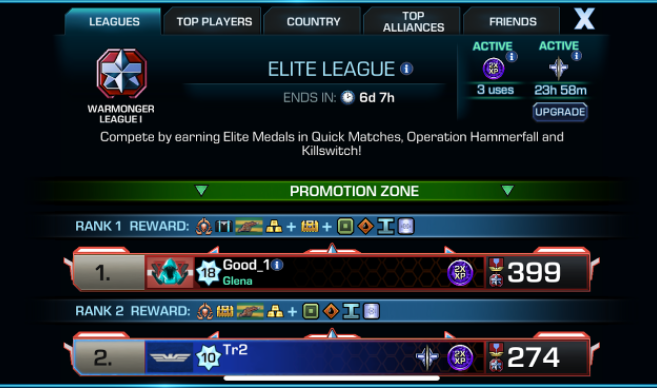 What are Elite medals and how do I earn them?Elite Medals are Elite League’s score points that can be earned by competing in Quick Matches, Operation Hammerfall and Killswitch. Elite Medals are awarded at the end of the battle in the aforementioned modes and their quantity depends on the number of Victory Stars and Omega XP earned. 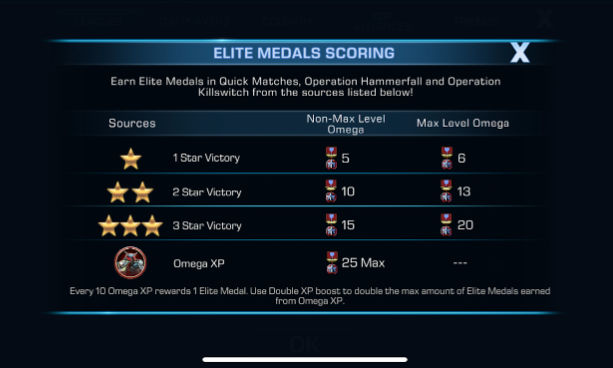 If the player has all the Omega Units at the Max Level, then they will receive a higher amount of Elite Medals just from Victory Stars. 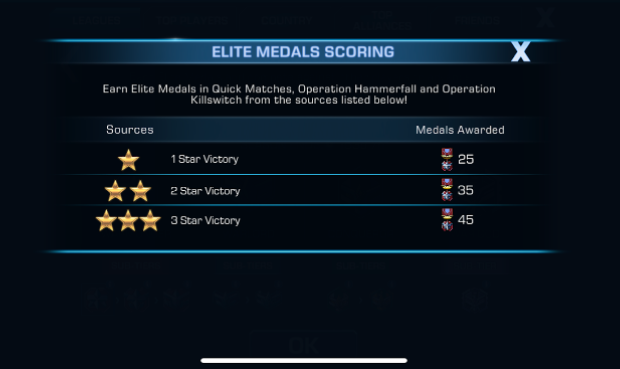 How does the leaderboard work?In the Elite League leaderboard, the player’s score is represented by the amount of Elite Medals Earned. 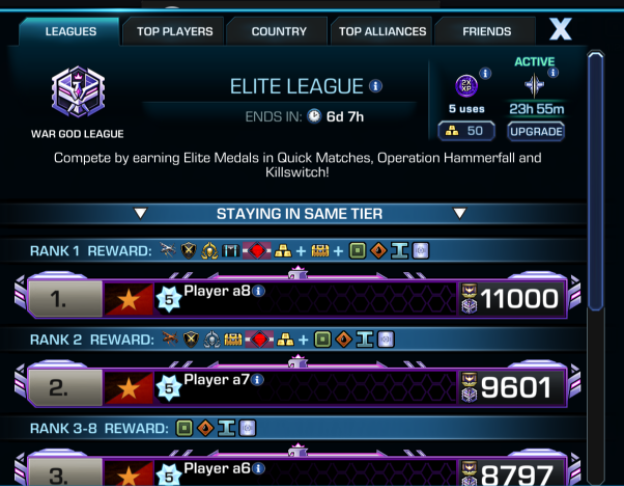 The player’s leaderboard score will advance based on the amount of Elite Medals earned at the end of a battle in Quick Matches, Operation Hammerfall and Operation Killswitch. 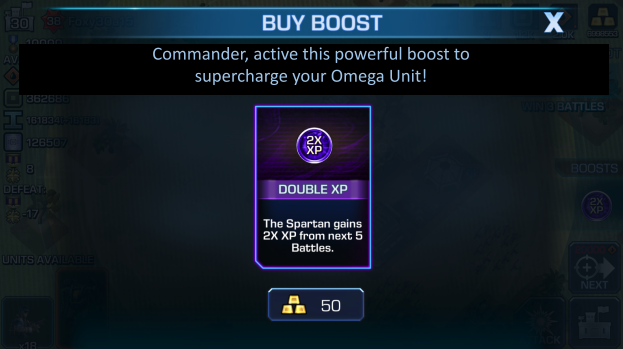 For Insta XP boost, the amount of Omega XP awarded will be converted into Elite Medals. You will receive 1 Elite Medals for every 10 Omega XP. 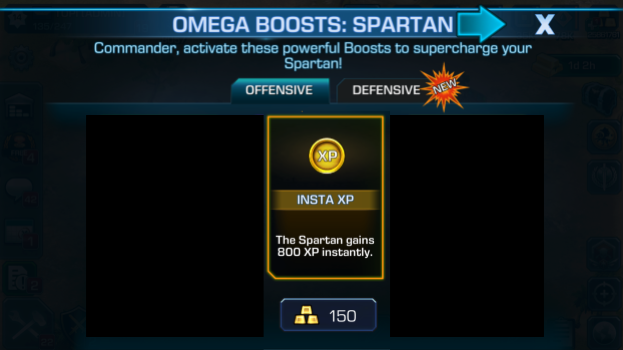 What are the boosts I can buy in the Elite League?Players can buy the Double XP Omega boost and the Elite Medal Multiplier boost directly for the feature UI. 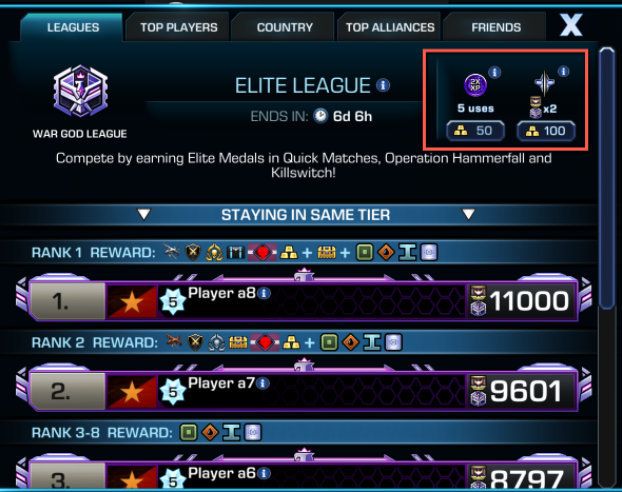 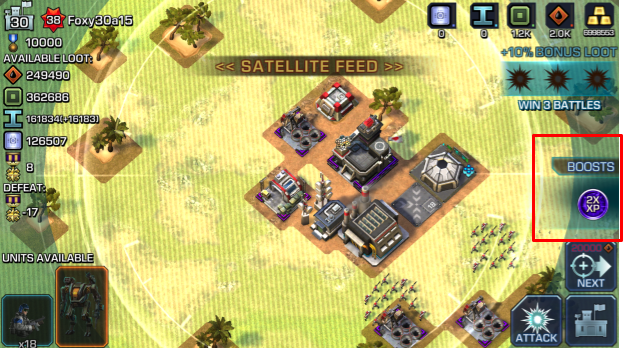 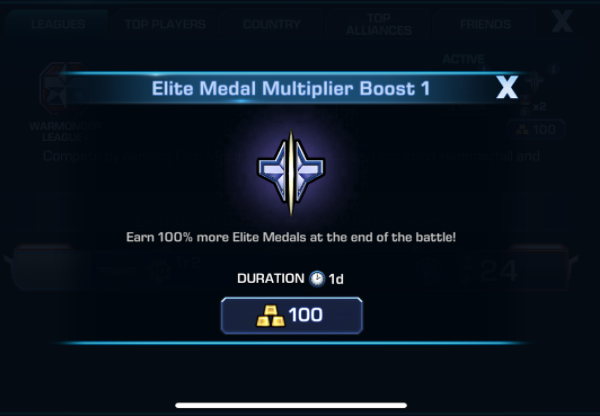 There are 3 levels to the boost which need to be consequently bought to get the 2x, 3x and 5x multiplier effect. Remember, the effect timer for the boost does not reset when buying a higher level of boost but remains the same from the 1st level of boost. 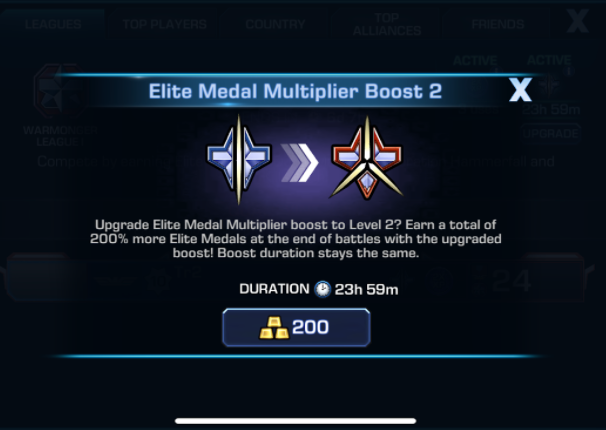 Weekly rewards – Based on the player’s rank at the end of the weekly leaderboard, players can receive the following rewards:

NOTE: Any Alpha Omega Boost or Strike Force won will be automatically activated after the weekly leaderboard ends. 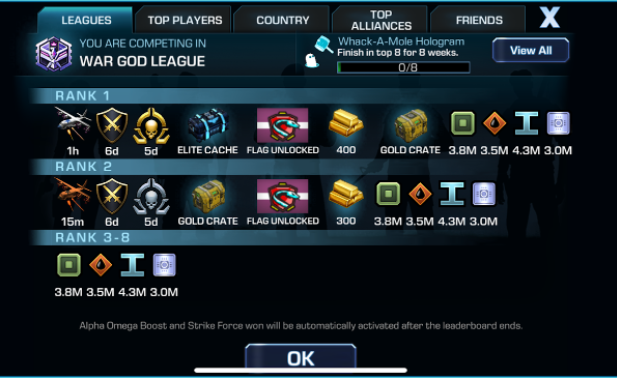 To view what the player will be receiving based on their rank, tap on the “Rank Reward” banner. 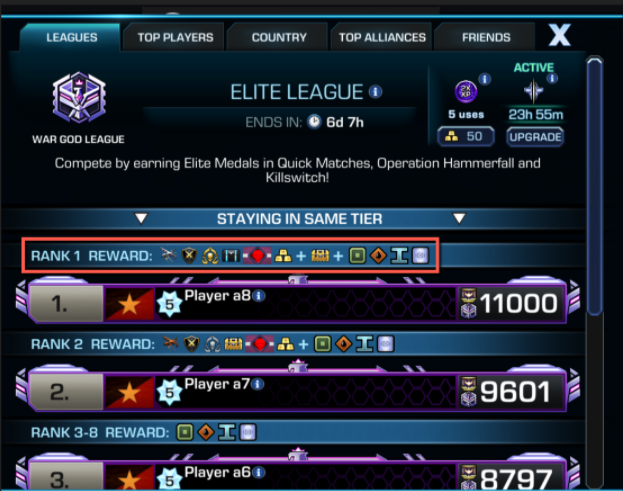 What are Holobots?For the player eligible and participating in the Elite League, 3 Holobots will be given from the beginning of an Elite League Season. Holobots are used to project Holograms on a defense or a support building, given you have unlocked a Hologram. If you have not unlocked a hologram, you cannot assign a Holobot to a building.

If you have not unlocked a hologram by the end of a season, all the Holobots will be removed from your inventory.What are holograms and how are they connected to Holobots?Holograms are seasonal rewards that can be projected by using a Holobot.

Once you have unlocked a hologram, simply drag and drop the Holobot from your inventory to a defense or a support building and choose which hologram you wish to project.

These colorful holograms will be projected on your base and when a friend/ alliance member views your base or when an opponent scouts or attacks it. 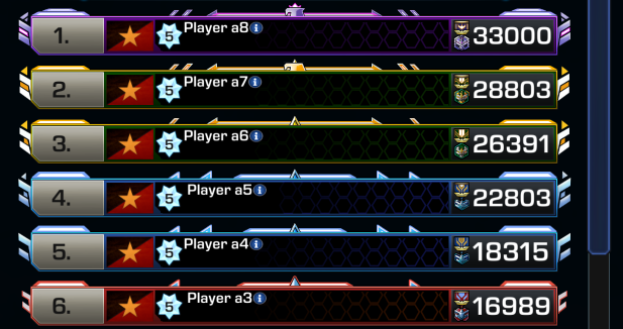 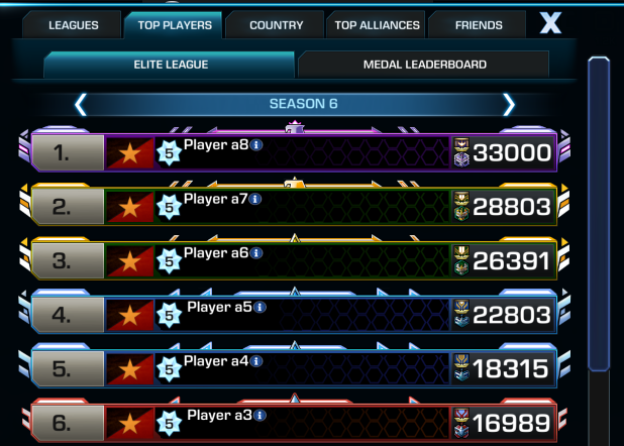 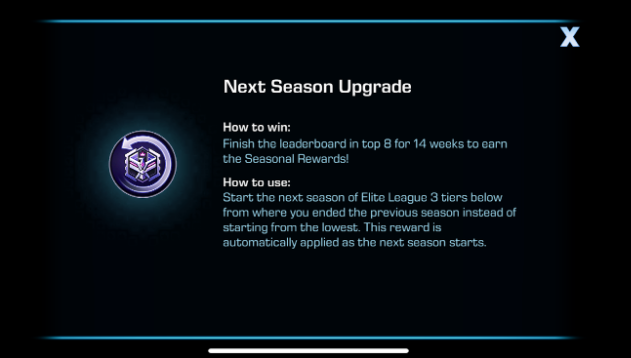