You can cancel running transits to free castles, free fortresses or free cities. This might help you to save your units and/or resources from miscalculations. The option is just possible as long as the transit has not arrived at the target habitat.

How can I cancel attacks?

Players can cancel attacks on free habitats (castles, fortresses and cities) by selecting an attack under troop movements, and then pressing the corresponding “Cancel Attack” button. This button can be found at the bottom of the screen. After pressing the button a pop up will ask for confirmation.When an attack gets cancelled all units and resources return to the source habitat. 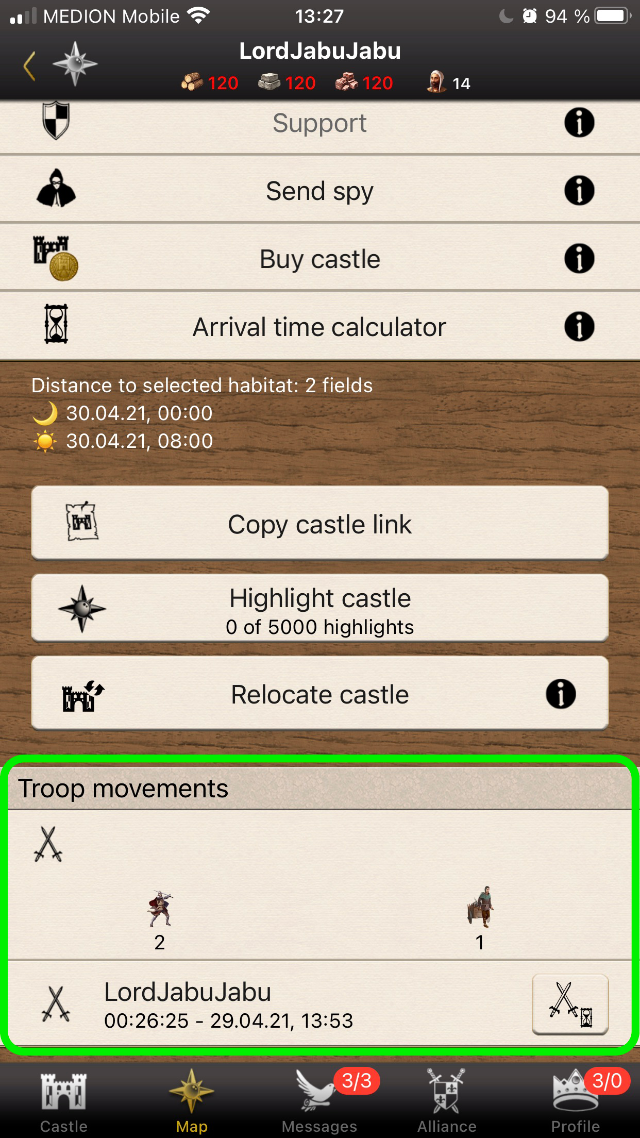 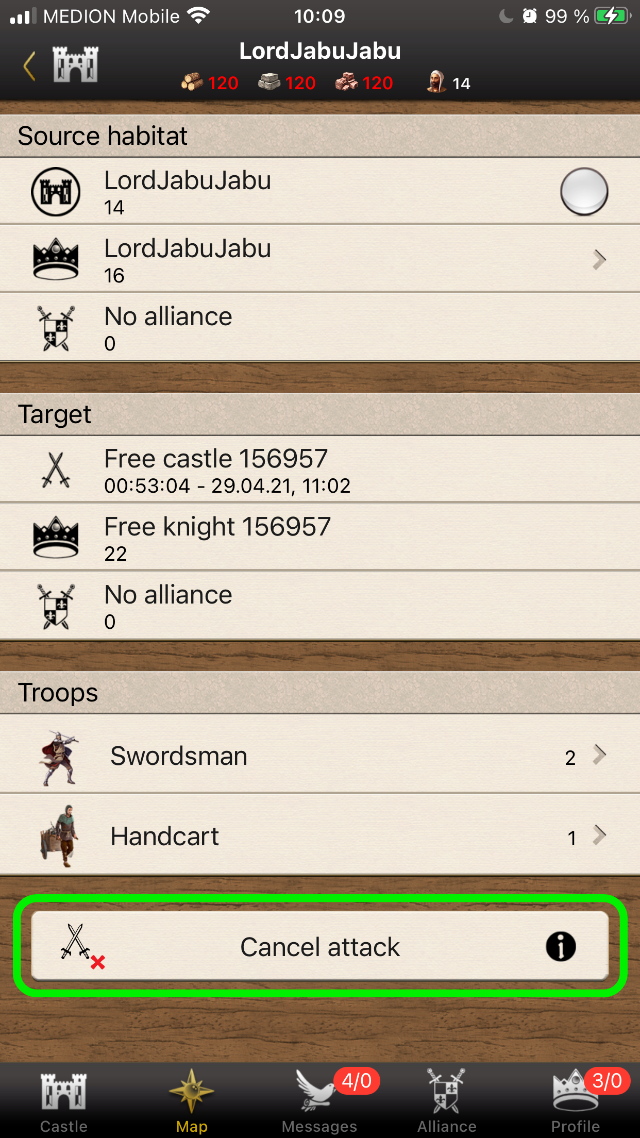 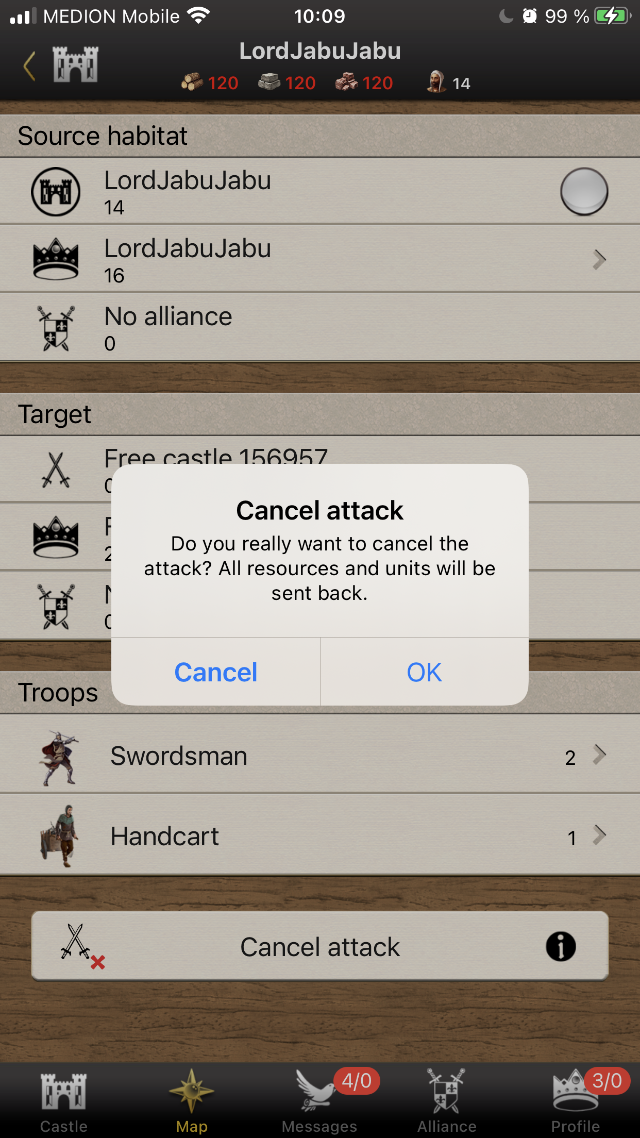 When can I cancel attacks?

Only attacks on free habitats can be canceled. Additionally attacks can only be cancelled as long as the troops have not reached the target habitat. Once they reached the habitat the fight has started and can not be cancelled.

What happens to the resources I sent with the troops?

All units and all resources return to the habitat and will be added to the habitats storage as soon as the troops arrive in the source habitat.

When will my troops return?

The troops have to return to the source habitat, so the remaining time after cancellation is the same as the already passed time of the transit. The original duration of the transit is not considered in the return time calculation. Example: