Like the end tour, the skydiving jumps well, and decides whether you can get a good start in the PUBG Moble attack. This article introduces the parachute speed drop method for Meng Xin, which is how to land as quickly as possible. Old drivers can skip this article. 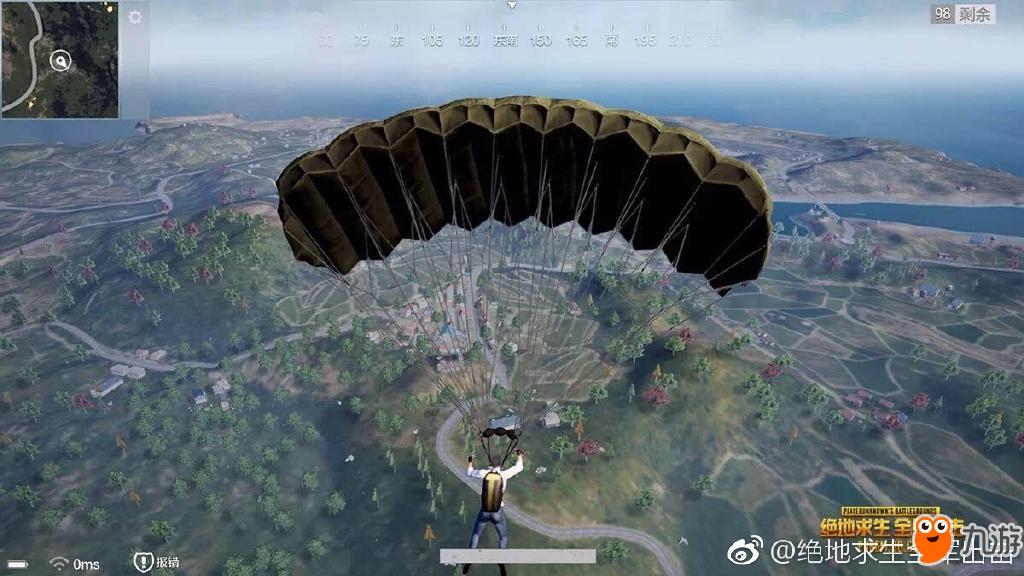 When jumping, please press and hold the accelerator key all the way.

Acceleration key pull-up = long-distance flight state = slowest speed drop , the landing speed is 126km, and the farthest fly. Keeping this state for the whole process can fly about 2,000 meters, which is the two large grids on the map.

Acceleration key pulldown = in-situ vertical speed drop = fastest speed drop , the landing speed is 234km, and the drop is the fastest. And in this state it is vertically falling, there is no horizontal movement on the map.

How to get to the fastest

At the full speed drop, the forced parachute height will be reached. After the umbrella is opened, there will be a very high initial speed, which will help you to quickly drop a distance and then reach the normal gliding speed. .

At the low speed, the forced parachute height is reached. After the opening of the umbrella, the initial speed is very low and slowly accelerates to the normal gliding speed.

So if you want to land the fastest, you must trigger the initial speed with a landing speed of 231km or more, that is, you want to land at the fastest speed, basically you must pass the forced opening height at the highest speed. In fact, the focus of this technique is this.