What is Talon?The Talon is the sister unit of the fearsome Mantis. The Talon has improved armour and weapon systems and different level-up abilities that give it an edge in battle. 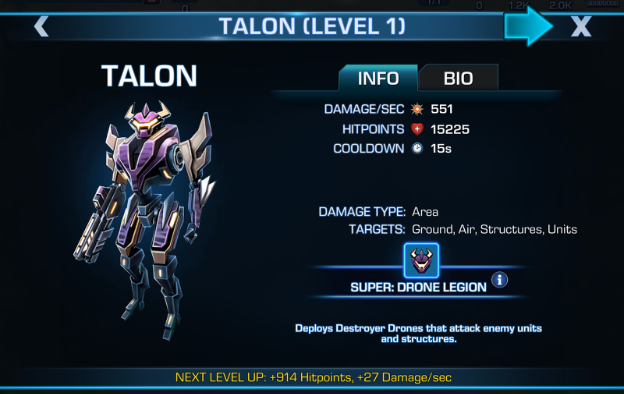 How can I get the Talon?Talon can be unlocked for use in the Robotics Bay using 400 Quantum (purple) Cores. You can get Quantum Cores by completing Alliance Missions or buying Elite Caches where they are dropped at random.ORYou can buy Talon during the Early Access weeks. Early access is available to players at HQ 8 and above. 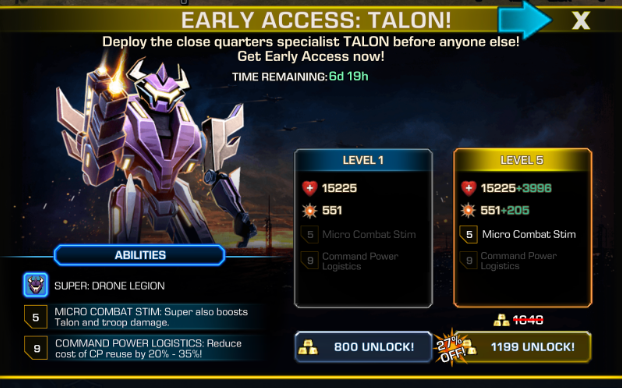 What is Talon’s Super?Talon’s super, the Drone Legion deploys a swarm of Destroyer Drones. These drones can attack aerial and land based units, omegas and structures. Destroyer Drones are equipped with high intensity laser cannons that can melt any armour doing increased damage over time. On deployment, they are protected from taking damage by an energy field for a duration of 4 to 6 seconds (depending on Talon’s omega level). Their fuel cells last for 8 seconds and when they run out of fuel, or if they are shot down, they crash to the ground dealing damage to any enemy unit or structure in their vicinity. The count of destroyer drones deployed and their lifespans depend on Talon’s omega level. 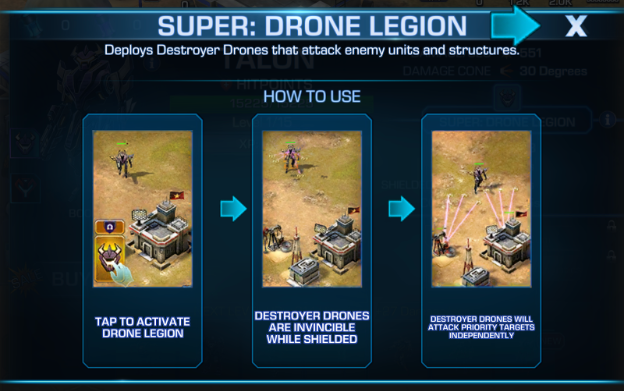 What are the new abilities for the Gator MK2?1. Micro Combat StimAt level 5, when the Super is deployed, Talon triggers a Micro Combat Stim that increases the weapon damage of friendly units and structures by 5% for five seconds. Friendlies should be within 5 units distance from Talon at the time of Super deploy to be affected by this buff.Note: 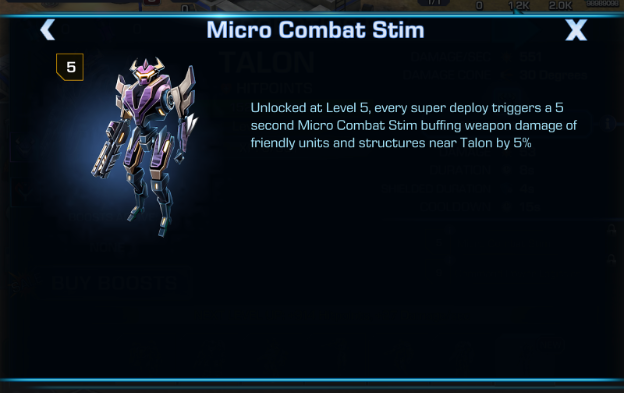 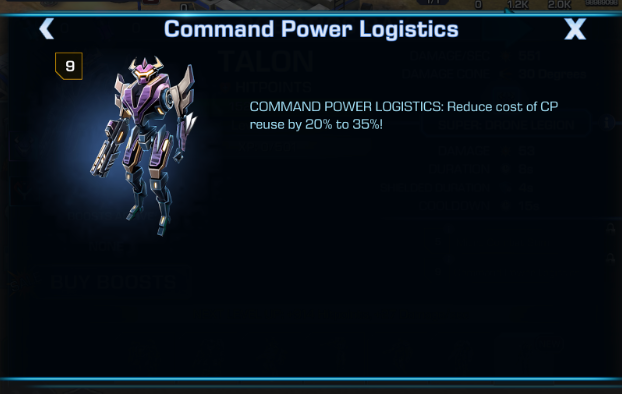 How do I switch between Mantis and Talon Omega Unit?Go to the Robotics Bay and click on the Mantis/Talon unit on the roster bar at the bottom of the screen to view the omega’s stat page. On the left, you’ll see two buttons showing the super icons of the Mantis and Talon units. Select the one you want, then hit Deploy with the desired version selected. 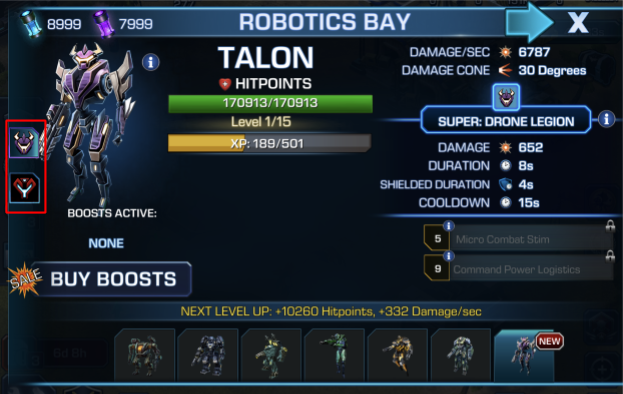 How do I level up Talon in the game?Talon will earn XP like Mantis does through battle. The amount of XP received will depend on the damage done and damage received by Talon in battle.Like the other Omega MK2 units; Talon can be leveled up to Level 15. You can level it up faster by using the 2x XP Boost and the Instant XP Boost available in the Robotics Bay.Can I level up my Talon Omega Unit without upgrading the HQ?Yes. Talon gains XP and levels up in offensive battles, in defensive battles and via XP Boosts. Upgrading the HQ does, however, increase the Damage and Health for the Talon Omega Unit.