FarmVille – What is the Sky Race?

Sky Race is a competitive Co-op vs Co-op feature where you earn Race Points by completing Tasks. Earning Points advance Co-op’s Balloon in the Race rewarding members with Chests and allows Co-op to climb in the Race Leaderboard and Leagues. 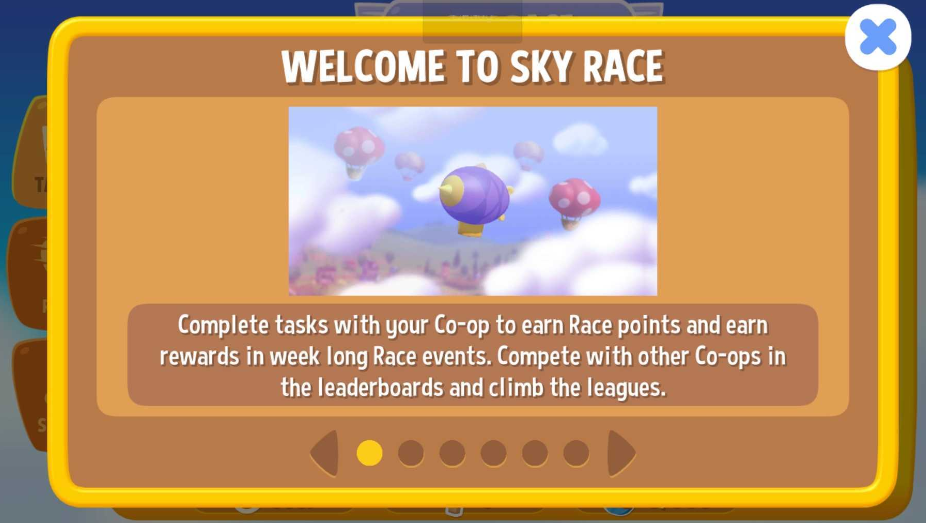 When you have reached Level 20, you will be able to unlock the feature. Players have to be in a Co-op to play in the Sky Race. 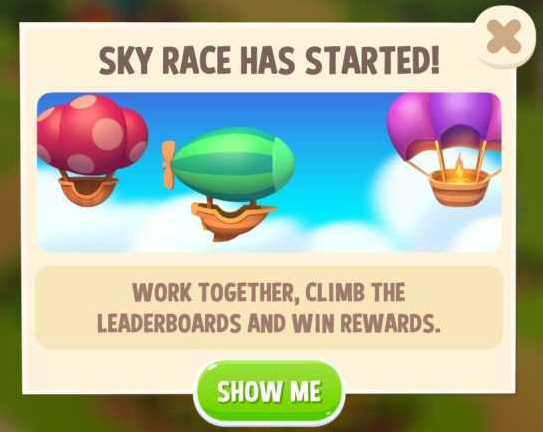 The Sky Race can be accessed from the giant balloon on the left side of the farm. 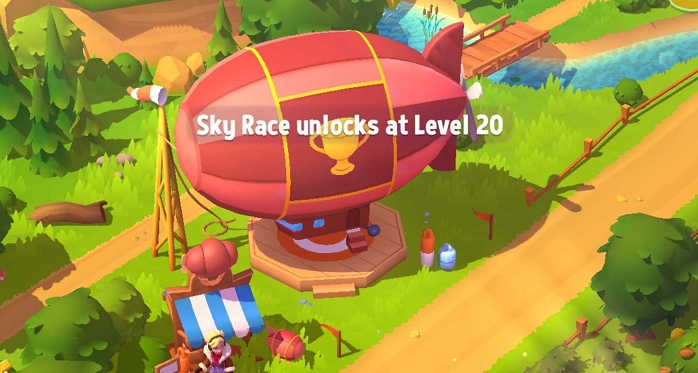 You can also access the feature from the balloon icon on the right side of the screen. 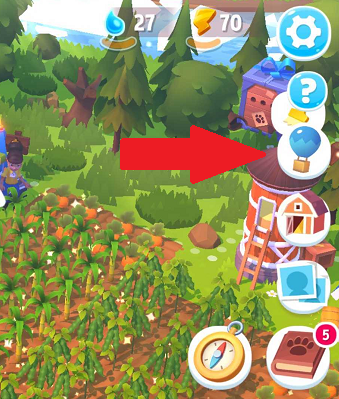 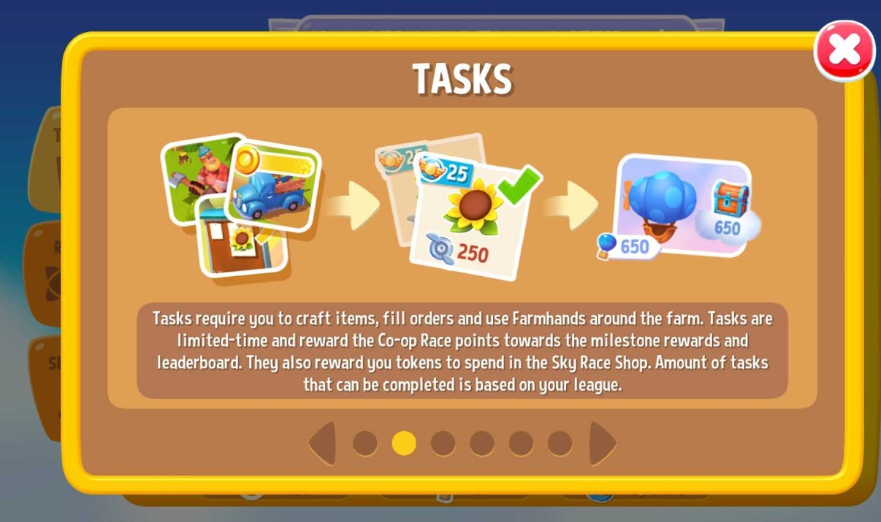 Tasks require you to complete objectives on the farm. See examples below:

You can choose one Task to complete at a time from the Sky Race Task Board and you can complete up to 8 Tasks per Sky Race. 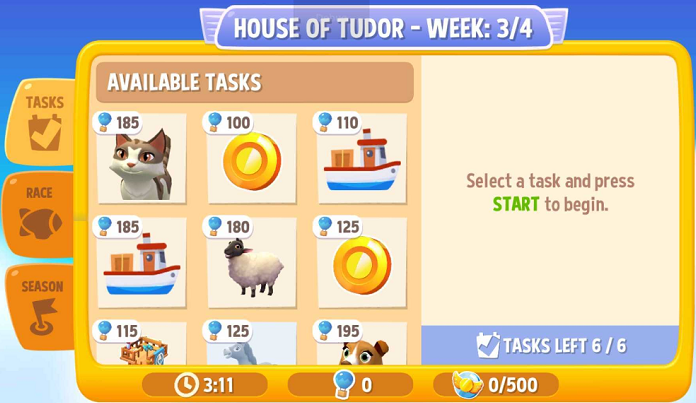 To choose a Task to complete, tap on its icon, then tap the Start button. 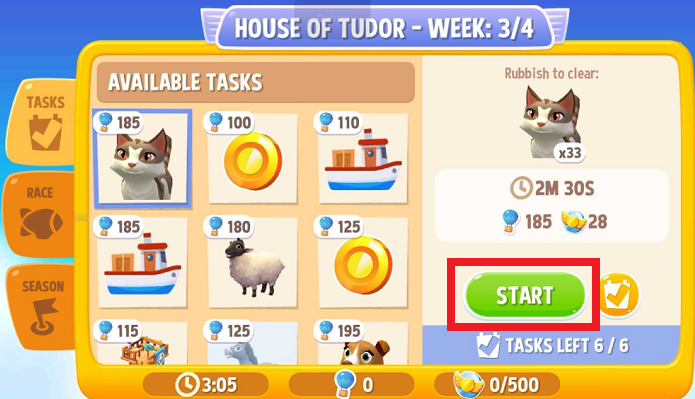 Tasks are limited by time. The Co-op Race Points you earned for each Task are added towards the milestone rewards and Leaderboard. Completed Tasks also reward you with Tokens to spend in the Sky Race Store. 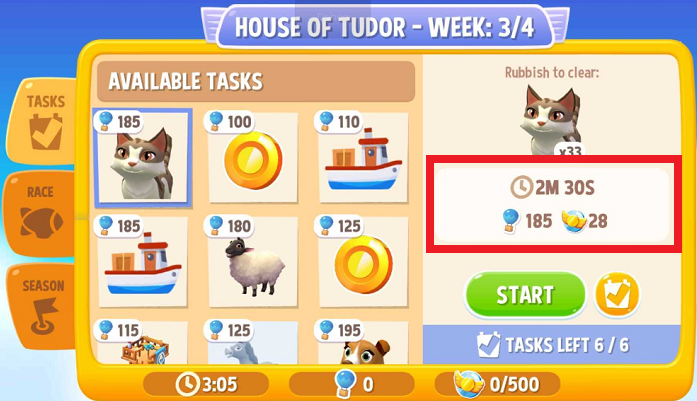 The Task you selected will be included in the Active Tasks area. You will see your progress in the Task Journal. 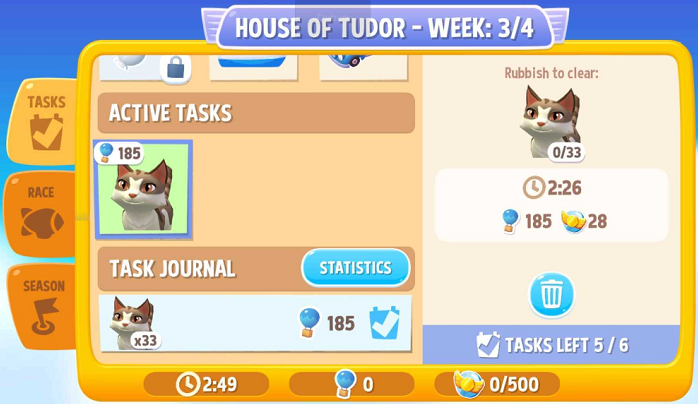 You can also see your progress on the Task by tapping its icon on the right side of the screen.

If you weren’t able to complete the Task on time, an x mark will appear beside the icon.

After selecting a Task, tap on the Reserve button for other Co-op members to see which Task you are working on. The reservation is valid for 12 hours. 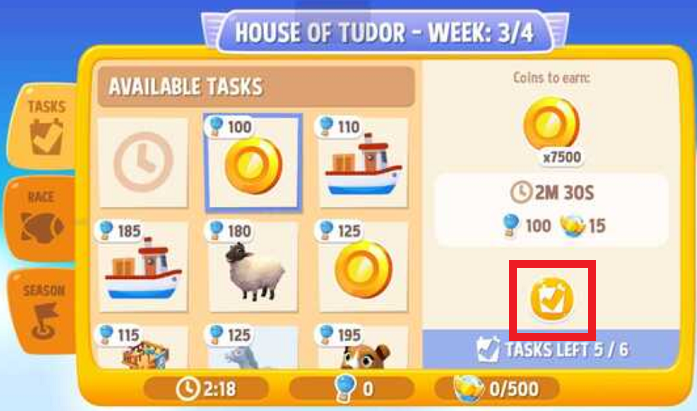 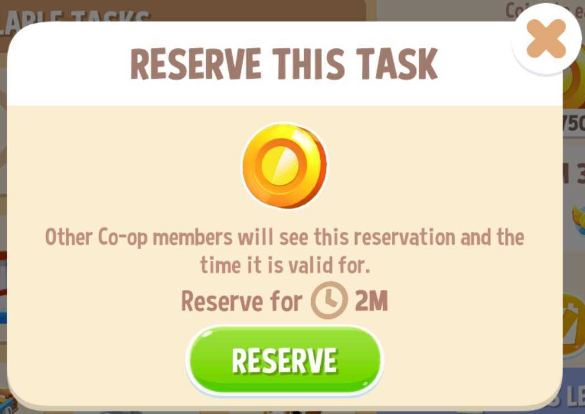 Tasks can be discarded before they are started to try to find better Tasks. You can discard a Task by tapping the Cancel button. 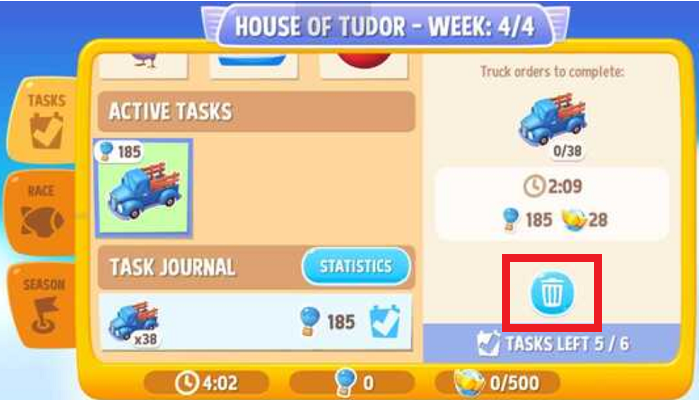 When you cancel a Task, you will not earn Race Points or Sky Tokens. A canceled task will reduce the count of Tasks left. 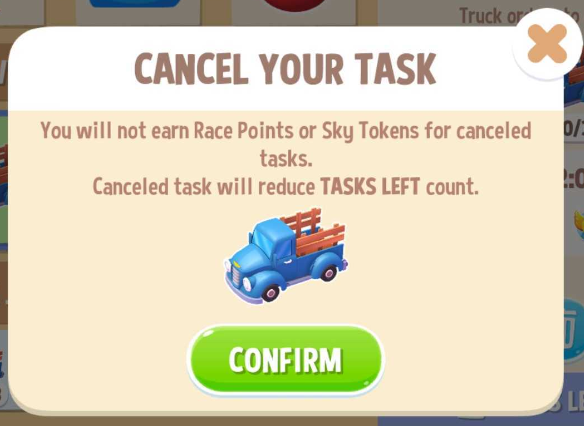 Races and Seasons:Tap the Season tab to view which Sky Race is currently in progress, and when the season will end. Each Season contains 4 Races and each Race lasts one week. There is one off-season Race between Seasons. 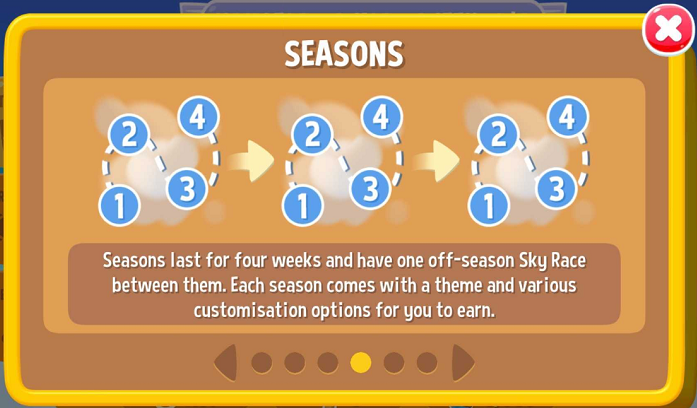 Each Season comes with a theme and brings new limited time or seasonal content into the game. Seasonal content is available for purchase in the Sky Race Store until the start of the next Season. 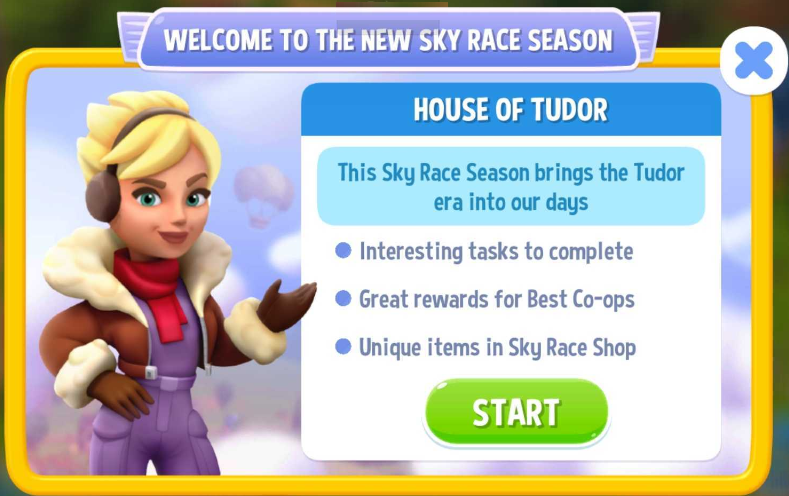 You need to start a Task to join the Sky Race. 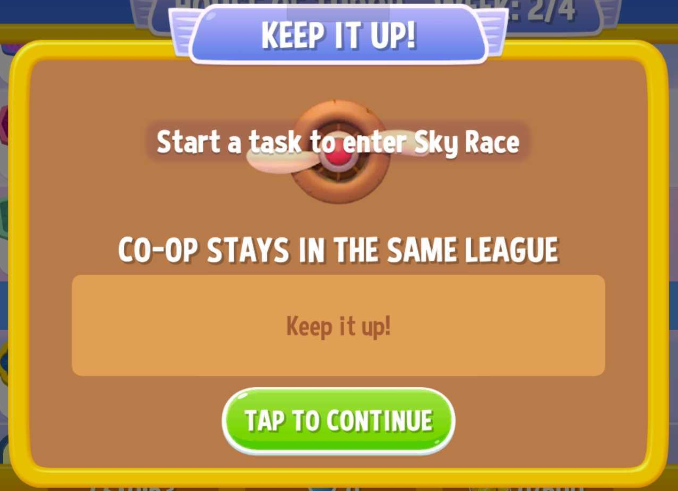 Tap the Race tab to view your Balloon’s progress. The Race Points you’ve earned from completing Tasks move your Balloon in the Race. 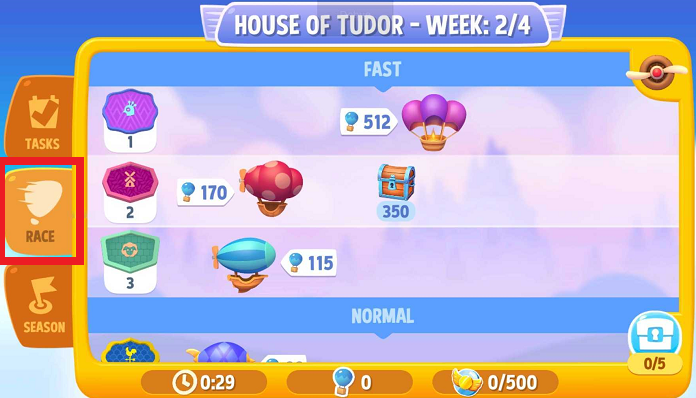 Once a Sky Race is finished, you will be able to see the results and collect your rewards. 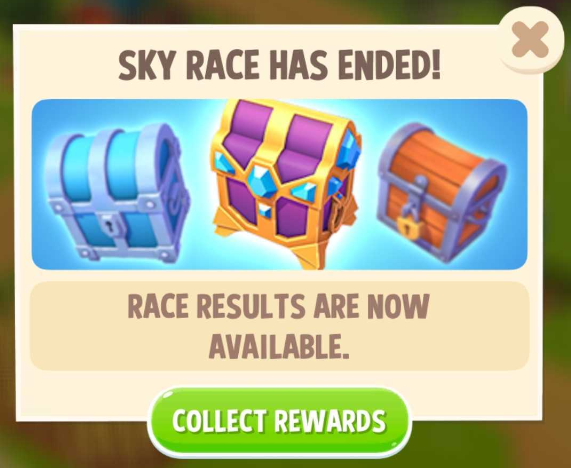 Race Leaderboard and Milestone Rewards:As your Balloon progresses in the Race, your Co-op unlocks milestone rewards. 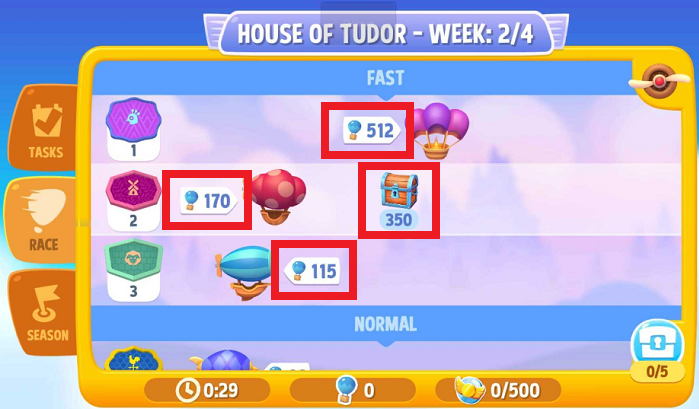 In the Race tab, you will also see the Total Points your Co-op earned in the current Sky Race. Keep completing Tasks to earn more Race Points. Get the most Race Points for your Co-op to reach the top of the Leaderboard! 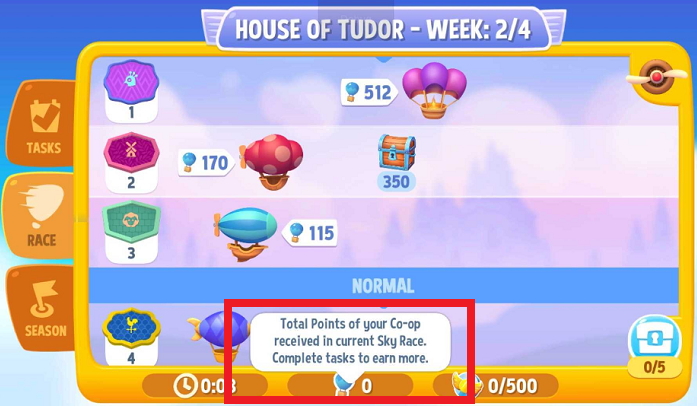 Tap on the Statistics button to see your ranking in the Race Leaderboard. 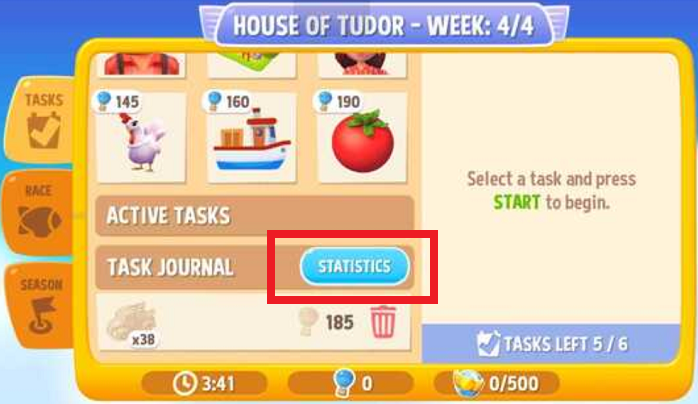 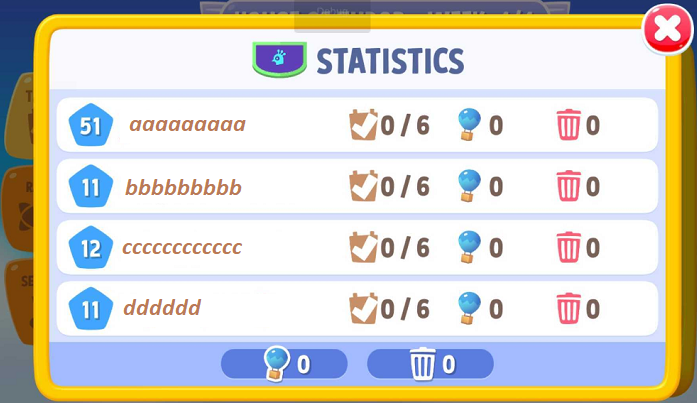 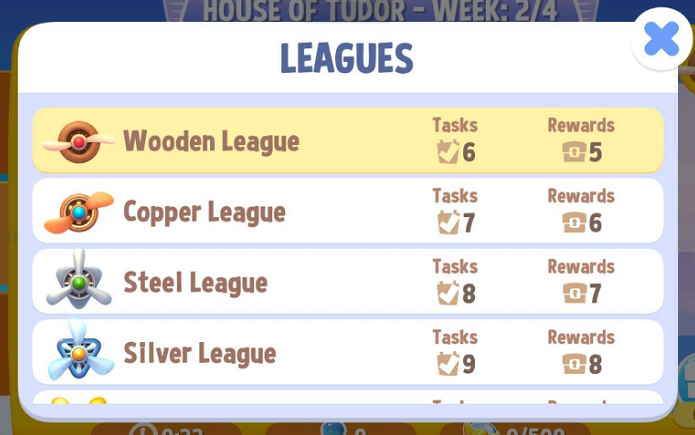 Reach the top of the Leagues to get better rewards for your Co-op. 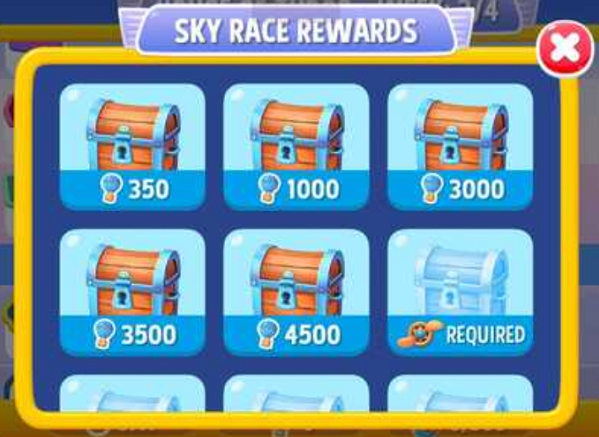 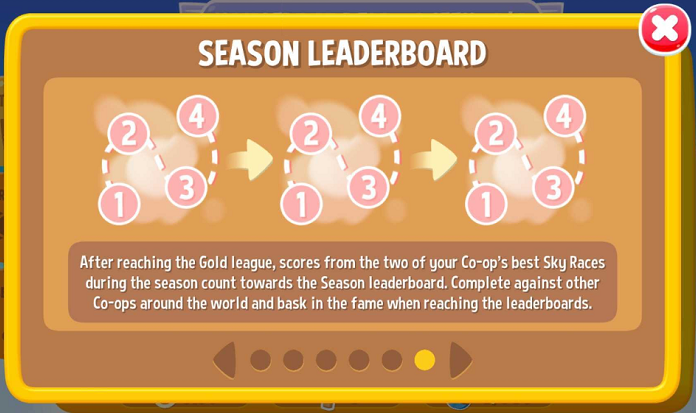 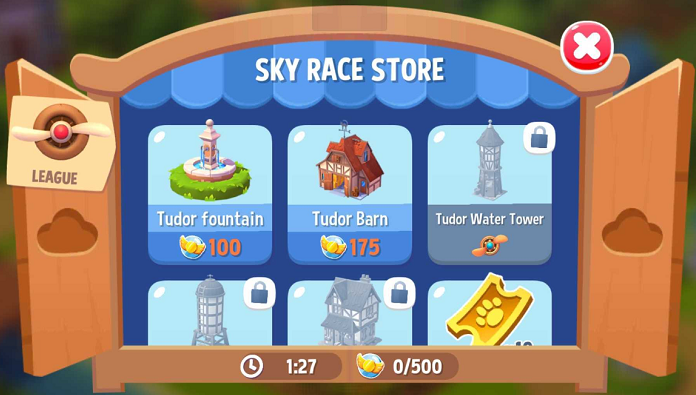