In the “PUBG Mobile Stimulus Battlefield”, we generally believe that the development of the wilderness generally appears in the single-double model. In the multiplayer four-row arrangement, this method can also be used, and it is easier for the four-man lineup to avoid the unstable factors of the early and opponent steel guns, and the first ten is very easy , Here’s a detailed introduction to the four lines of wilderness.

The way to stay

It is certainly not realistic for four people to choose one or two small resources at the same time. It is also easy to delay our development time. So we can choose the tactics of four people to jump in general.

Four-time jumping tactics are generally used in the decentralized resources as follows:

The island map in the south of and the distribution of small resources centered on the farm are the best points for four rows of jumps. The location of these two areas is not relatively too remote, and there are roads interspersed with each other, where the resource points are not Far, the search speed is fast, and the vehicle is easy to find and easy to transfer.

While searching for points, it is also necessary to pay attention to the position of the surrounding vehicle. Finding a vehicle as early as possible can facilitate subsequent transfer. Secondly, it can quickly rush to support when teammates encounter an enemy situation, and avoid the situation of downsizing due to excessive dispersion among teammates. 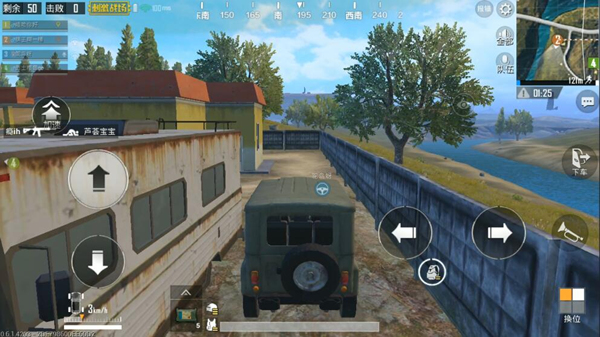 Playing Wild Players In many cases, wild opponents are encountered. What do we need to do with our teammates in such areas?

Support is positive, but if teammates are able to do some work well before teammates arrive, the difficulty of eliminating enemies will be greatly reduced.

The first is that each resource point must first enter or occupy a dominant position. For example, high-rise buildings, two-story fake garages, and other types of offensive and defensive structures, observing opponents, relying on the advantages of architecture, effectively contain opponents, and strive for time for teammates to follow.

In the process of transfer, I believe that many players know that the more concentrated the better This can effectively deal with emergencies. There is no problem with this idea, but it is important to note that some of the details that are not handled properly can easily cause unacceptable losses.

The most important thing is the process of vehicle transfer. Many players should also have encountered the situation of sweeping an opponent’s vehicle or being swept by an opponent. If four people are on the same vehicle, it is very easy for opponents to set fire if they encounter a complete team.

Therefore, as many vehicles as possible are divided by . Under normal circumstances, two vehicles are recommended. One person in front of the car is used to explore the road, three are behind the car, one is driving and two are preparing for the battle. Up to three cars and four cars can easily cause a slow preparation. Because it takes time to stop, you need to adjust the lens to get off. If you drive a lot of people, it is easy to lose money if you want to directly participate in the fight after getting out of the car. Not recommended.

Four-time jumping In the early stages of the Wild Ideas, the individual’s abilities were tested, because many times they encountered the same wilderness. However, compared to those who stayed hot, the security of the wilderness was significantly higher. When the bottleneck may wish to consider the above play it !