Most of the victories in PUBG Mobile are based on correct tactics, excellent teammates, powerful operations and delicate awareness. Among them, the powerful operation as the most important basis for winning, is valued by the majority of players, resulting in the remaining part of the existence of dispensable.

Well, as a game awareness that is particularly important in high-end games, second only to operations, should we always look at it coldly? What? The answer is definitely negative. High-end operational awareness can allow you to avoid all sorts of desperate situations and go to victory. The following will bring some extremely useful tips for everyone, no need to practice, no need to press a broken hand, just need a brain to remember things.

Before entering the house, you have to dance around the house. Specially prevent LYB

Still continuing, but searching in the area after the transfer, there are too many uncertainties. A bad luck can easily be attacked by the enemy, so at this time, paying more attention to details can often save you.

There may be many details of someone in the house, such as a car around the house, especially a car that does not appear at the brush point but appears. Because it is the middle of the game, there are many people who drive and search.

If you hear footsteps in your house before you enter the house, consider whether you are attacking the building or retreating if there is no footsteps in the house. , it can not be taken lightly, after all, LYB are also very patient.

The last thing is to jump around the house and look through the window to see the dead corner in the room. Maybe in a corner Dodging a LYB, that time I rushed into the house because of urgency, resulting in a wave of express delivery. 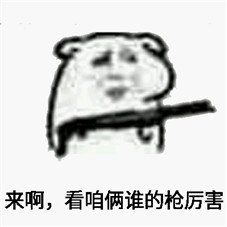 Final round To be steady, all stood up and fell down

The finals, as the name implies, is the winner’s area. After the finals, the simple operation lost his greatest value and was instead replaced by tactics. However, despite this, there is no careful awareness and the tactics are not as good as they can be.

The first thing to notice in the finals is the position of the gunfire. In the finals, those who know how to find stability will find it. The enemy will not rashly output. Then we must use those people who do not understand, remember their gunshot positions, and the key moments can often save themselves. This can be said to be a pave for victory. Some big gods may shoot in the finals and intentionally shoot, just for the purpose of letting people hit him and kill them. As an ordinary player, this can’t be learned. In fact, you can get up and run and get guns in various places. All go to you.

Secondly, don’t rush into the bunker. In the finals, some obvious coverts are even more dangerous. Find a shadow. Back sloping meadow grass, back to the donuts looking at the safe area is the most reliable.

In the end, don’t go too early in the circle and once want to artificially create a ring of fortune, and go to the ring for the first time in the finals. The center climbed, although safely arrived at the center, but at this time all sides are crossfire, scared I shiver in the middle, no longer dare to move. 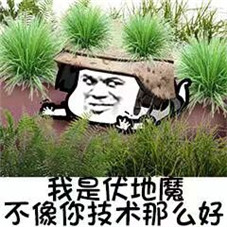 The details that need to be noted in PUBG Mobile are still many. As the saying goes, the details determine the success or failure. It makes sense (anyway, the saying goes, makes sense). An inconspicuous little thing often determines the departure time of your next flight. Whether the detail is a broken window or a suspicious vehicle, as soon as it is encountered, If you want to treat it as one thing, if you don’t want to treat it as one thing, then everything that will happen will be so unexpected for you. If you want to make PUBG Mobile a horror game, you can try it out. test.