Like the end tour, each player in PUBG Moble can carry a main weapon, a secondary weapon, a pistol, and a melee weapon. As well as a number of throwing objects, the excellent main and auxiliary weapons can be used to cope with various emergencies. The following are the ideas and recommendations for the new master’s primary and secondary weapons.

First of all, generally your secondary weapon (ie the second gun) is determined according to your “main gun” To play the role of making up for the shortcomings of your main gun.

Of course, there are also pairs of double rifles, this is also the primary and secondary (this is which of your guns used for the cow B which is the main gun).

The main gun is AKM

AKM has absolute dominance at close range, so with him, you don’t have to use a submachine gun .

But the shortcomings of AKM are also obvious:

First is medium distance without bunker pair gun , if the opposite is scarM4, they can also be fired in the middle distance, and AK Not at all, but the shortcomings of AK’s slow rate of fire and large back seat are reflected, and it is easy to be directly crushed by the opposite side.

So, you need a rifle with a strong middle distance and a strong moving target at a long distance. Yes, That is M16 .

As the game progresses, you change the M16 to the MINI14 and the gods finish. If M16 wants to be strong, it has to cut back and forth mode, which is very embarrassing. For example, if you are running with M16 in single-shot mode, suddenly someone closes up from the bunker. In this case, you can only use the single-shot mode of hard work and others, while others are fully automatic. The other three rifles do not have this problem, because the other three rifles can be fully automatic, and the manual control of a long distance is sufficient.

How to solve the defect of M16? That is to let the M16 only be responsible for one module, either melee or remote. Personally recommend M16 to play remote . With my experience of so many games, there are so many guns that are suitable for M16.

ump9: This gun, close to the middle distance, can usually play with UMP9, respond to unexpected situations, when seeing enemies in the distance Cut 16 points. 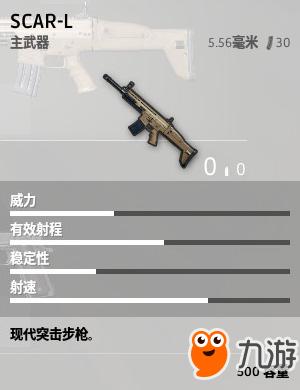 The disadvantage of scar is that close-range damage is a hard injury. After all, if others are waiting for you to come, you will be useless if you are flexible. Slow speed at a long distance is also a problem.

In summary, scar is flawed at close range and is not particularly good at long distances. If scar is used as a main gun, you have to avoid special close combat and master long distance combat.

So how do you match this gun?

uzi+scar: Usually holding a car, when you pass a special bunker such as a house wall, cut it into a uzi card and take a look, then cut it again. Back to the Scar, usually the Scar is loaded with red dots. When the enemy is far away, the mirror is shot. Uzi’s melee dominance is strong, and Scar is adaptable. When the enemy encounters an enemy, it is directly scanned by Scar. Fight, but if it is a house, or someone crosses the wall and you get stuck with each other, uzi results in him, uzi this gun has a feature: it is close range, it can also run, shoot, shoot Shot, flashing.

scar+ single sniper rifle (98K, M24, AWM): Because a large part of the time is fighting in the middle and long distance, so if you hit the road halfway Sniper rifle, throwing the uzi in the hand into a sniper. Pay a little attention to avoid super close contact, use scar to hit melee, slam the remote fixed target, scar to play the remote moving target (of course, first use the sniper “Mongo” shot, did not hit and then change). 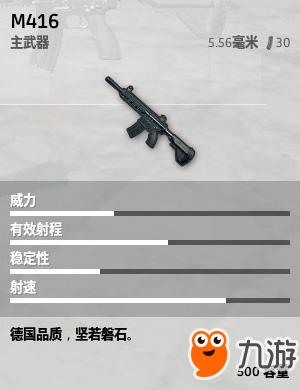 If you choose M4 as the main gun, you first need to have a certain gun base. If you can hold the gun, the sweep is definitely faster than the shot and kill. The same shot is more powerful than the shot. . If you can put the gun pressure very stable, then the advantage of M4 high-speed is reflected, high radiation rate is high damage, high mortality.

So who is this gun better?

M4+AK: When you encounter AK, you can throw UZI away. If there is a mirror, put the mirror on AK, use AK to Coping with the town melee, relying on AK’s melee dominance to “carry” your M4

M4+AK (continued): When your M4 accessories are complete, there are high When mirroring, use M4 to process medium-to-near and long-distance moving targets, give high-powered mirrors to AK, and use AK to remotely fix targets (AK plays a role of SKS at this time);